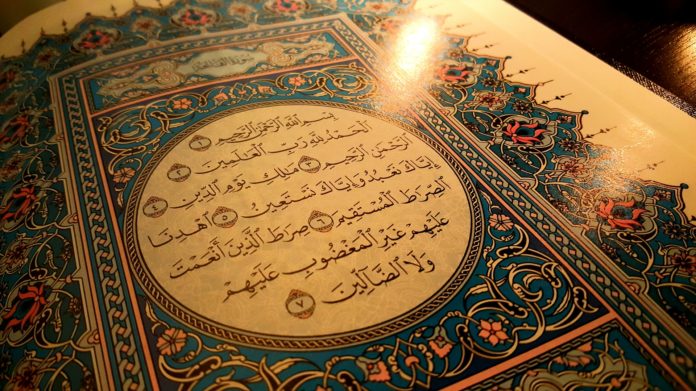 Over the last four decades, German politicians have tried to organize Muslims – according to political wishes and with little success. Germany is an extreme case as its constitution, the Basic Law, imposes a strict ideological-religious neutrality on the state. Thus, the state must not found or control religious organizations or assign members to them. The only legal way to influence Muslim organizations in Germany is governing trough cooperation. Under these conditions, to understand the dynamics of religion is crucial. It is this where German religious policy failed several times. Although it is unfortunate, the many failures allow an insightful within-case comparison to learn from.

Before the 1960s, very few Muslims lived in Germany. This changed with the so-called “guest workers” emigrating from Turkey, Tunisia, Morocco, and Yugoslavia to Germany. Refusing the reality of many alleged guest workers staying permanently, German politicians did not try to integrate or organize the Muslims. They believed that the lesser the integration is, the higher the chances are the guest workers would leave again.[1] That was a mistake but not one of our concern right now. When the guest workers finally founded families, they wanted religious education for their children. This was not provided by the state and consequently Muslims established mosques and religious communities.[2] They lacked state support, but they were free of state suppression (like in Turkey[3]) as well. This situation was similar to the development of a free religious market in the United States as Roger Finke and Rodney Stark describe it.[4] Upstarts shaped the religious sphere, more often than not relying on voluntary donations of their members. Thus, the problem of free riders was prevalent these days. People could use services which others paid for. Under these circumstances, sustainable growth of religious communities is only possible when free riders are sorted out by demanding sacrifice and stigma.[5] This explains why conservative communities like the antecedents of Millî Görüş (IGMG) and Sunni mystics (VIKZ) were the most successful.[6]

However, the state negligence abruptly ended with the Turkish coup d’état in 1979 when the military overturned the partly Islamist government. To contain political influence of Islamists, the new government implemented state controlled and mandatory Islamic religious education at school – before that, Islamic religious education was forbidden at school. The non-regulation of Muslims in Europe was now seen as a security threat by Turkish and European governments. Together, they invented what Jonathan Laurence calls “Embassy Islam”.[7] The Turkish Directorate of Religious Affairs initialized the foundation of DİTİB as an umbrella organization of Turkish Muslim initiatives in Germany. Within two years, 250 organizations joined DİTİB. The German states supported the massive intervention by adopting decrees that forbid all Turkish imams not authorized by the Turkish Directorate of Religious Affairs to work in Germany.[8] The Turkish state paid for the salary of these imams. In addition, the states offered native language instruction at school for Turkish children including religious education. The Turkish government sponsored the teaching content.[9] In short, the German state borrowed the Turkish state’s power of intervention whose extent is unthinkable under the German constitution.

The massive intervention did not guarantee governability of Islam in Germany. To begin with, the organizations that grew before the intervention could not be dissolved. But even in the DİTİB mosques, the success was limited. The imams sent by the directorate had divided loyalties: They served the local community, but were educated and paid by the Turkish state. Even worse, their stay in Germany was limited and their future career opportunities were exclusively in Turkey. It is not surprising that these imams often fail reaching the young members of their local communities with only few ties to Turkey[10] –  thus limiting their and the states’ influence (be it Turkish or German). Only partly, this could be compensated by volunteers in the DİTİB mosques, especially on the local level.[11] Eventually, German politicians revaluated outsourcing religious policy to Turkey when they finally realized that the third generation of Muslims in Germany would not “go home” to Turkey someday.

Accelerated by 9/11 and Recep Tayyip Erdoğan’s rise to power in Turkey, Europe experienced a “proliferation of state-led consultations, councils, conferences, and commissions established to represent the Muslim faith in state-mosque relations”[12] between 1990 and 2010. Germany was no exception. In Germany, the states have the competence for most issues of religious policy. They tried to establish new Muslim structures to reduce their dependency on DİTİB, IGMG, and VIKZ as partners for cooperation (and regulation). Several states initiated the foundation of Shura councils, which included all mosques in a state as members, thereby bypassing the older umbrella organizations. The goal was to fabricate a single partner representing all Muslims. However, in many states DİTİB mosques refused to become part of the council and thereby dashed the hopes of the states.[13] Without DİTİB, Millî Görüş was strongest among the mosques, so that today all Shura councils are presided by an IGMG member. This outcome was clearly unintended. It weakened the willingness of the state to cooperate, but the structures remain with their own legitimacy.

After the failure of the states’ ambitions became obvious, the federal level initiated the German Islam Conference which should include the broadest possible diversity of Muslims in Germany. The goal was – again – to reach secular and laic Muslims who are critical against the existing associations.[14] At the moment of its summoning, the majority of the members of the German Islam Conference was not constituted by representatives of Muslim organizations, but by so-called “non-organized” Muslims including critics of Islam.[15] The Islam Conference could not refute the charge of having a tendency to establish a state Islam.[16] However, a conference is no substitute for a religious community as a partner of the state. Four of the largest Muslim organizations in Germany therefore founded the Coordination Council of Muslims in Germany. Among them were – of course – the already established but unwanted associations. Together, they represent about 80 per cent of all Muslims in Germany who visit mosques and take part in religious activities. But as they are voluntary associations, they only represent 40 per cent of all Muslims in Germany.[17] And this was not enough for German politicians[18] as it limits the reach of state influence through cooperation and gives too much power to Muslim organizations considered to be too conservative.

Many politicians still hope to organize the non-organized Muslims and thus forming a new Islamic organization according to political wishes. However, sociology of religion tells us that this is a vain hope. New religious communities do not grow because they are liberal but because they are strict. This phenomenon is puzzling for some, but often observed.[19] Many non-organized Muslims live rather secular lives with no need for a religious organization. This is the reason there are so few mosques who call themselves liberal or progressive. Nonetheless, politicians can hope to get more liberal Muslim organizations in the future. Roger Finke and Rodney Stark call this path the sect-to-church movement.[20] Although strict religious communities grow, over time, their strictness becomes a burden for their members the better off they are in general. Especially among the following generations, economic opportunities lead to the abandoning of strict religious rules. Ironically, the German state slows the sect-church movement down by demanding the abandoning of strict rules before economic rise can be achieved. The de facto toleration of the discrimination of Muslims and the ban on the veil further impede perspectives outside the religious communities.

To sum up, German religious policy made several mistakes which culminate in a highly complex and inconsistent structure of Islam. At first, politics neglected the importance of religion which led to a flourishing diversity of Muslim organizations. Then, Germany outsourced the regulation of Islam to the Turkish government and borrowed its regulatory power. However, this eventually weakened the German states’ capacity to regulate Islam even further. The next failure was the erroneous belief that a new, moderate, secular, etc. Muslim organization could be initialized by the German state. Several attempts led to a Byzantine complexity of Muslim representation. The last failure – for now – is to insist on assimilation instead of fostering non-discrimination and watching the sect-church movement transforming the established communities.